Using a public restroom is rarely a clean and pleasant experience. But when nature calls, you have to deal with whatever options you have at hand. But to make this experience at least a bit more bearable, we often cover the toilet seat with toilet paper to prevent microbes from getting onto our skin. Well, some research suggests this may not be the best way out.

We at GiFans are very cautious about health and hygiene and are determined to find out the truth about restroom safety and now, we’re ready to share it with you.

There are bacteria everywhere. 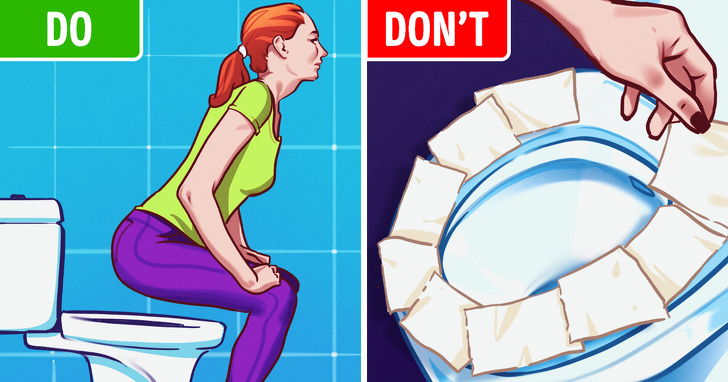 Every time we flush the toilet, fecal bacteria get into the air before settling on all the objects close to the toilet. You can find bacteria on the toilet itself, bathroom walls, doorknobs, and even — you guessed it — onto the toilet paper rolls. Paper absorbs moisture very well and it’s a great environment for bacteria to multiply. So when you cover the toilet seats with toilet paper before sitting on it, you’re basically just covering a contaminated surface with even more contaminated material.

The spread of bacteria may be prevented if we flush the toilet with the lid down, but there’s no way to predict if the people who used the restroom before us did so, aside from the fact that many public toilets don’t even provide such an option. In some public restrooms, toilet paper rolls are covered with a plastic shield that protects them from bacteria.

Toilet seats aren’t as dirty as we thought. 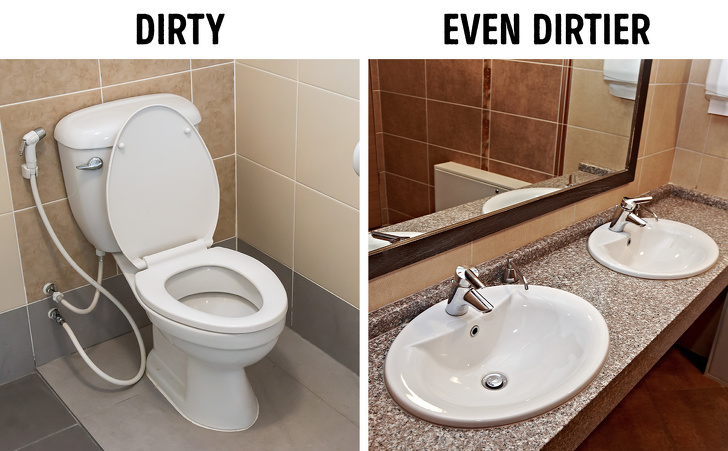 Surprisingly, toilet seats themselves aren’t the dirtiest places in a restroom. A microbiologist named Charles Gerba believes that the most frequently touched surfaces pose the highest threat. For example, people are more likely to touch doorknobs, sinks, and toilet paper rolls with their unwashed hands, putting additional microbes on them. As for the toilets, they rarely come in direct contact with our skin or any other part of our body and many people also wipe them off with a napkin before using them. 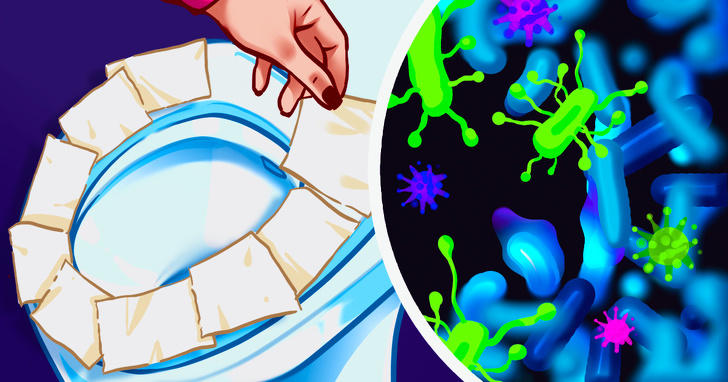 Using toilet paper that’s placed in the same restroom to cover the seat won’t decrease your chances of getting contaminated. It doesn’t serve as a protective layer since it has already been contaminated with the same microbes and presumably touched by other people. Instead, you can carry hygienic tissues and use them to cover the toilet seat to potentially decrease the number of bacteria that come into contact with your skin. If you don’t have them on hand, it’s probably better not to touch the seat at all.

It’s very difficult to catch something from the toilet seat anyway. 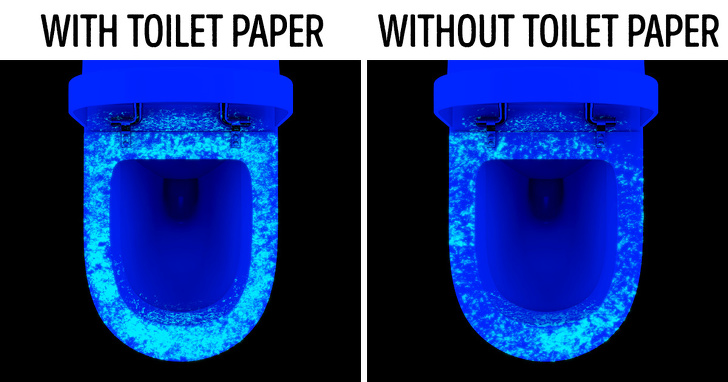 It’s true that bathrooms are full of bacteria but there’s no need to be paranoid. If your immune system is healthy and strong and you follow simple hygiene rules, there’s very little chance of actually catching anything. Most viruses and bacteria can survive on the toilet seat for only a short period of time. Besides, there’s only a risk of infection if bacteria somehow gets directly to your urethral or genital tract. If you have damaged skin on the buttocks or thighs, germs might get in that way but even that is quite unlikely.

How to use a public restroom safely. 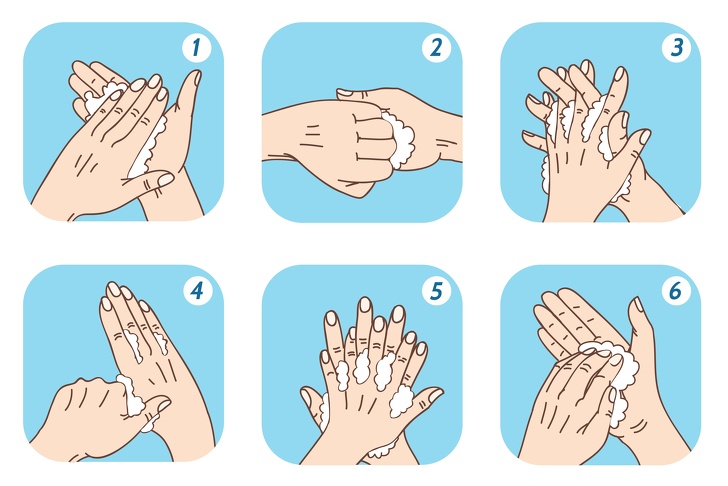 As we said, it’s quite difficult to catch anything in a public restroom if you follow simple hygienic rules: